If you're looking for the complete catalogue listing of What's New on Netflix around the World ... this is it! There are new movies and shows being released on Netflix every day, but it's often hard to find them. This site is constantly checking for new releases around the world, and is updated numerous times a day. Perfect for users in any country but also for users of Netflix-country-switching systems.

Here's a sampling of new movies, tv shows, and original series released to Netflix today around the world, with the most recent arrivals at the top. Choose a country using the menu at the top for titles specific to a netflix region, and then check back often, as we are constantly updating the lists throughout the day. 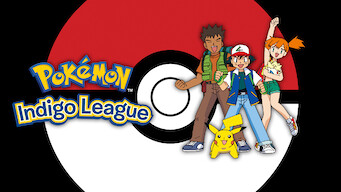 Ash and the gang discover that a new breeding center is a cover for a diabolical scheme by Team Rocket's new members, Butch and Cassidy. share:

Ash signs up for the Pokémon League Admissions Exam, where Jessie and James begin putting everyone through a very different kind of test. share:

Ash and his friends meet the only known photographer to get a picture of a real Aerodactyl, which turns out to be the same one that abducted Ash! share:

Pokémon The Series: Indigo LeagueSeason 1The Case Of The K-9 Capers

After accidentally making his way onto a training ground for the police force's Growlithe, Ash asks if he and Pikachu can join in on the training. share:

After Bulbasaur's bulb begins to emit an odd glow, a nurse runs some tests and discovers that Bulbasaur isn't sick: It's getting ready to evolve! share:

Pokémon The Series: Indigo LeagueSeason 1Who Gets To Keep Togepi?

Jessie, James and Meowth turn their sights on Ash's Pokémon Egg and begin hatching another daring plan to make it theirs. share:

Pokémon The Series: Indigo LeagueSeason 1So Near, Yet So Farfetch'd

Ash and Misty both vow to catch a rare wild Farfetch'd, and soon they get their chance when the Wild Duck Pokémon appears. share:

As our heroes are walking in the countryside, they notice a missing persons poster of a familiar face: It looks exactly like James from Team Rocket. share:

While at the Pokémon Center seeking treatment for Pikachu, Ash learns from Nurse Joy that there's been an accident, and many Pokémon are injured. share:

Pokémon The Series: Indigo LeagueSeason 1Attack Of The Prehistoric Pokémon

Ash decides to join in an excavation of fossils from extinct Pokémon as a chance to beat Gary, who's also at the paleontological dig site. share: